Jan Gaska studied Fine Art Ba hons. at the Surrey institute of Art & Design (1994-1997) followed by Illustration & Printmaking MA degree at Bucks University College (2000-2003). He further developed His work in printmaking during a 2-year printmaking residency at South Hill Park Arts Centre (2004-2006). At a suggestion from a lecturer during his master’s study, he began to paint in oils. In 2016 he did a drawing scholarship with the New English Art Club. Most recently he has done a portrait mentorship with Arthur Gain from the Barcelona Academy. He has exhibited widely with a handful of solo shows under his belt.

“Though portraiture and landscape are seemingly different subjects, both are illuminated by light. My intention in painting is to describe form by observing how light effects the subject, in a balance of tonal values and temperature values in colour. Building up the drama through subtleties such as depth and atmosphere. I hope to bring honesty to my paintings through observation and react to the subject on a personal level.” 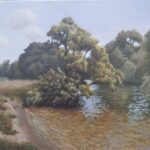 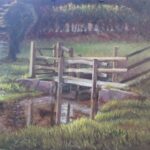 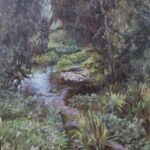 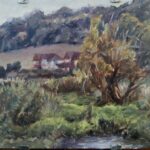 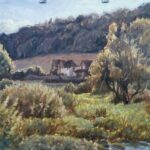 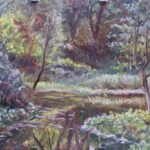 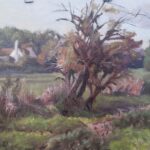