“For me drawing and painting is about the interaction between the discipline of observation and the spontaneity of mark making in terms of my physical and emotional response to the subject”.

Born and raised absorbing a spectrum of African colour, Antonia Glynne Jones’ work, often abstract studies, characterise vision and emotion, through a wealth of colour, vibrancy and texture. Subjects, often land and seascapes, are studied and primarily depicted through multi media collage and oil paints, sometimes via mono-printing or maybe pastels with their immediacy and impact.

“I tend to explore places and landscapes, for example Cornish harbours, from a flattened aerial perspective with unusual colour schemes. A number of years ago, I took a small plane flight around the island of Menorca (where my parents then lived) and these views inspired me, whereas up until then, from an artistic point of view, the island was almost too pretty. I like some grittiness in the landscape, some man-made aspect, for example. When working on Cornish views, usually it is part of the man-made harbour that is the main focus or perhaps a dredger, or the large working boats in Penzance harbour. Whatever “it” is that inspires me, I need to have a strong emotional response to “it” – even if it is dislike.”

With a BSc Hons in Psychology from Bristol University, Glynne Jones went on to obtain an MA in Printmaking and Professional Practice with the University of Brighton and the London Print Studio. Additional artistic training followed in Britain, with Oliver Bevan in London, Roy Ray at the St Ives School of Painting, as well as internationally, with time spent living, working and travelling across Africa, Italy and Menorca – all presenting diverse and plentiful geographical motivations and inspirations for her work.

“Colour is my primary consideration after the “it” has been drawn and processed etc., and the colours used are often at odds with the subject but in tune with my emotional response to the subject. A series of the same “it” are often in completely different colours to give different feelings to the subject.”

Antonia Glynne Jones has established her presence across the UK, exhibiting extensively since 1990, including involvement in shows including The Pastel Society at the Mall Galleries in London and the ING Discerning Eye Exhibition, London in 2016 and 2017. She intends to extend these successes to more global territories.

See some of her work and contact at: www.antoniagj.com 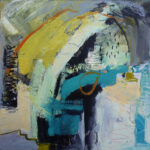 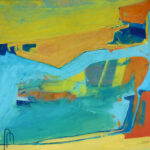 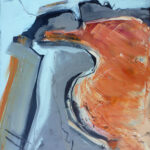 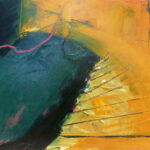 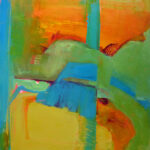 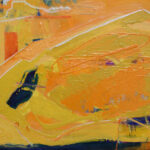 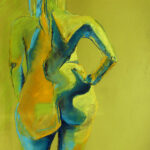 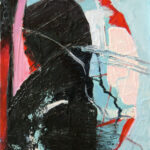 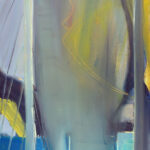 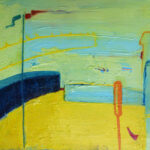 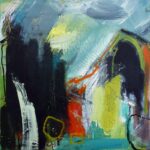 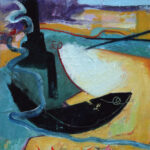